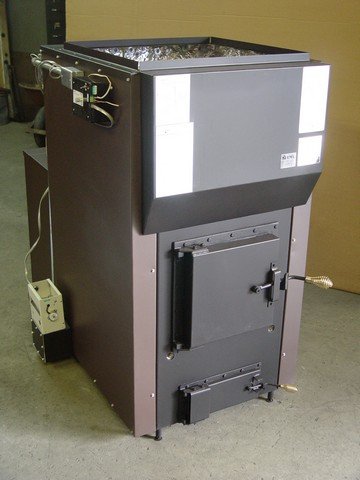 Here we go again!  Big business throwing their weight around with money, lobbyists, and crying tactics (excuses really) to circumvent an EPA rule (standard) put in place back around 2010 (effective in 2015) and then even delayed for an additional 2 years.  Now they want 3 more years to pollute the environment and line their pockets with more profits at the public’s expense.  I’m referring to wood-burning furnace manufacturers that are EPA certified up to 2020.  One such company certified up to 2020 that I know of, that has been around for more than 100 years, still has emissions much worse than our Lamppa furnaces – see average comparisons below:    What difference are 3 more years going to make?

However, it took us 30 years to develop a furnace of this quality, safety, and performance, not a few short years (more realistic approach).

Like I’ve said before, these other companies have eschewed the environment all these years for increased profits and now are whining because they can’t meet a much-needed standard they’ve all had ample time to meet.  Tough luck!  They all knew 30 years ago (like we did) that wood-burning furnaces someday needed to, and would be regulated because they produce approximately 30% of the fine particle emissions that people breathe.  These particles can cause bronchitis, pneumonia, asthma and other serious respiratory diseases, and aggravated chronic heart and lung disease.  The American Lung Association is dead set against adding 3 more years for wood-burning furnaces to continue this pollution.

When I went to Intertek (EPA test Lab) in 2009 to test for the energy tax credit (we passed with over 80% efficiency) I also had them test for emissions so I’d be ready for the 2015 EPA standard that Intertek claimed was going to be coming.  I don’t know of any other companies that did this, which has led to many other companies to shut down, with the rest hollering and pushing for more time.  Where were they and what were they doing from 2009 to 2015 and all the years before 2009?  They didn’t plan ahead.

Now, for these companies to redesign, re-test for UL, obtain EPA certification and be able to obtain real-world feedback before thousands are sold and on the market – do they think 3 more years is really going to be enough time?  They are really just stalling.  Realistically, ten to fifteen years are needed.  Recently on the internet, I saw where one company made some changes, enabling them to be EPA certified up to 2020, but they now have some of these furnaces back-blowing (small explosions) in peoples basements (homes).  Evidently, the changes made weren’t backed up with real-world use long enough to ensure safety.  Many years of real-world use first, then EPA certification, is the smart and logical way to go.  That’s what we did for the Vapor-fire furnaces.

This past week, on TV, I saw a Congressional Hearing for Scott Pruitt, EPA Head.  Scott Pruitt appears to be the EPA hatchet man, orchestrated by President Trump, to roll back and/or eliminate some of the EPA’s standards, which in most instances were in place to provide cleaner air for people to breathe.

Nearly 100% of the Congressmen/women grilled Pruitt on low-level emissions that they felt needed to be addressed and curtailed.  Changing EPA standards for the purpose of creating and/or maintaining jobs and corporate profits, which in turn allows President Trump to brag about job numbers is a very bad idea.  What good are jobs if you’re too sick or dead to even work?  Or if family and friends are getting sick from air pollution?

We spent hundreds of thousands of dollars in over 30 years to develop, test, certify, patent and market our Vapor-Fire furnaces to meet the 2015 standard, even surpass the 2020 and beyond standard.  It was all done to increase safety and reduce emissions when burning wood for the sake of the public.  Now, if the EPA changes the standard midstream on us to satisfy the bigger players in the industry, we’ll be forced to take legal action against any such move.  This would affect millions of dollars of potential sales for us.  We are totally against any change in the EPA standard and/or testing method.  If a small company like ours can surpass the 2020 (Phase 2) standard by 40%, there is no reason except profits (greed), that bigger companies can’t do the same.  Their priorities need to be re-adjusted and the EPA needs to remain firm on their already established rules.  They were put in place for a very good reason.  We were always told these mandates were “final”!  We needed to pass the EPA certification to remain in business, otherwise we could have waited and not pursued them before 2015.