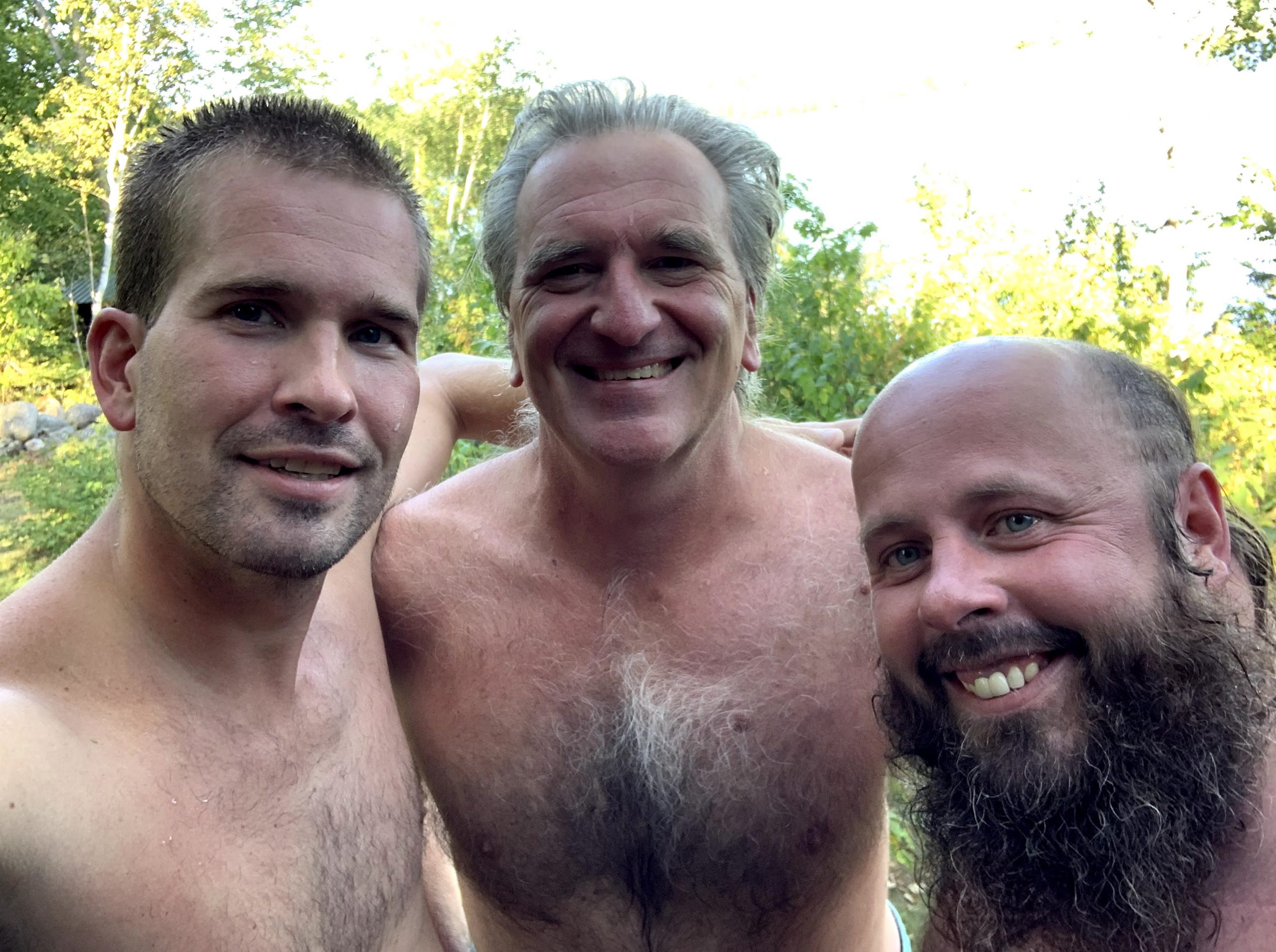 Taking over our family business as the full-time 4th Generation CEO earlier this year has allowed me to start focusing on stuff I’ve wanted to do forever but have not had the time due to multiple jobs.  So, this summer and hopefully moving forward, I made it a point to spend more time growing my sauna knowledge.  I thought, what better way to do that than by utilizing Glenn “The Sauna Guru” Auerbach and experiencing his Pine Island sauna on Lake Vermilion in Tower, MN with a 26-year-old #Kuuma, which still looks and runs new, firsthand.

30 Years ago, Glenn purchased his 1st #Kuuma sauna stove from my dad “Daryl Lamppa.”  A few years later, he purchased another one for his cabin on Pine Island.  I remember my dad telling me about this guy who was a true sauna enthusiast (he might even have referred to him as a sauna nut a few times).  When I was in college in the early 2000s, I remember Glenn looking for some sauna models.  He ended up getting my sister and a few of her friends for a sauna polar plunge event that he was hosting or participating in way before anyone talked about portable or mobile saunas.  Over the years, he’s purchased many stoves and helped build saunas for people all over the country. He’s even written an e-book to share his sauna-building knowledge for all the DIYers. If you’re building your sauna, it comes highly recommended.

Some people get turned off because I refer to him as “The Sauna Guru.” After all, there are many people very knowledgeable about sauna. Still, I don’t know anyone that has put in more time and contributed to the growth of the Authentic Sauna Experience in the United States more than Glenn Auerbach.  He has approached everything sauna with an open mind and developed his ritual over time.  One of my favorite quotes from Glenn is, “The Kuuma stove cures nearly all building ills,” which I believe as well.  “You can be off in many of your nuances, but the Kuuma can make up for most of them.” He created saunatimes.com (great – free information) in the 2000s before sauna growth started in the United States recently. If you have a sauna question, he’s probably written a blog or two on it already, and the search bar on the top page works great. Is he partial to the Kuuma? Probably, but he knows great heat and has been in more saunas (50 saunas, 12 days in Finland) than most will ever have the opportunity to experience.

The Pine Island Sauna experience started with Glenn (looking like Sonny Crockett from Miami Vice) pulling up to the public boat launch on Birch Point Road with his small boat to pick up me and a good friend, Bryan Morcum, who has experienced many different Kuuma saunas over the years.  After a 5-minute boat ride, we pull up to Glenn’s place, hidden away in the trees and looks like the perfect Lake Vermilion getaway.  First, we went and lit (using hit patented upside-down fire) Glenn’s 26-year-old small Kuuma located in his sauna/bunkhouse.  It was amazing to see how well he had this down to a science, knowing exactly what to do if we wanted to be in the sauns within the next 45 minutes.  Second, we properly hydrated, with a great tasting concoction provided by Glenn.  After sharing some stories, we proceeded to the sauna.  All three of us shared the top bench, and what a great experience.  The heat was fantastic in this smaller 7 x 7 x 7 ish, maybe not proper ul clearance meeting design.  Wow, does the steam hit you when desired, and after each round was a relaxing cold plunge-diving off the dock into a still relatively warm Lake Vermilion.  On the 4th and final round, Glenn starts by pulling the coals forward, followed by the familiar clicking sounds from the #Kuuma, and any seasoned user knows the heat will start flowing again.  Towards the end of the final round, Glenn typically adds enough steam to chase out all but the highly experienced sauna enthusiast and had Bryan and I make a v-line for the exit after a few minutes.

Over the next month, I made a trip out to Pine Island weekly (rain or shine) to relive this awesome experience!  It was sad this week when he closed up shop for the season #islandlife.  It’s hard to imagine someone living on the lake and not having a sauna (hopefully #Kuuma powered). If you’re ever way up in Northern MN and have the Pine Island Sauna Experience opportunity, it comes highly recommended!

Manufacturing is very tough, especially in small communities. I’m very proud that we’ve been able to manufacture #FinnishAmerican style using #Americansteel and local labor for generations! Many of our competitors (some popping up daily) talk about having better aesthetics. If you see a new Kuuma in person and don’t find heavy-duty #Americansteel attractive (while they are using some Chinese components or fully importing everything), I’m not sure what to tell you. Many of them weigh 100 lbs or less while our is 400 lbs +. This mass provides the soothing heat and steam we are known for and assures longevity rarely seen anymore. I honestly don’t know anyone that owns a wood-fired Kuuma sauna stove that wishes they would’ve bought something else. Thank you to everyone who supports American manufacturing, and if you’re ever in the area, stop by for a tour.